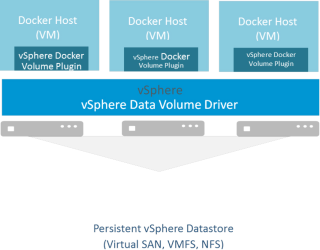 Today VMware announced the release of its new beta of the Docker volume driver for vSphere. This marks the second storage-focused initiative from VMware on containers, last year they released a vSphere Volume Driver for Flocker. VMware is also making the source code for their new driver available under open source to encourage use and contributions to the code.

This entry was posted in _. Bookmark the permalink.