“vRA and NSX – Part 3, Security Groups and Policies” via virtualjad.com 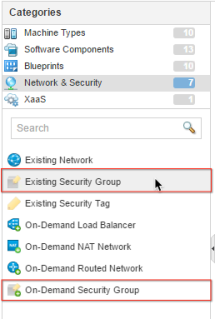 Recapping Part 2 of this series: We staged a number of NSX Logical Switches to be consumed by vRA machines as External Networks. vRA collects and identifies these networks as traditional [vSphere] Network Paths and allows them to be wired for consumption in the Converged Blueprint (CBP) designer as needed (or using custom properties , but that’s beyond this post). Logical Switches can be created for a consumption-only model, automatically created per Deployment when using…Read More

This entry was posted in _. Bookmark the permalink.